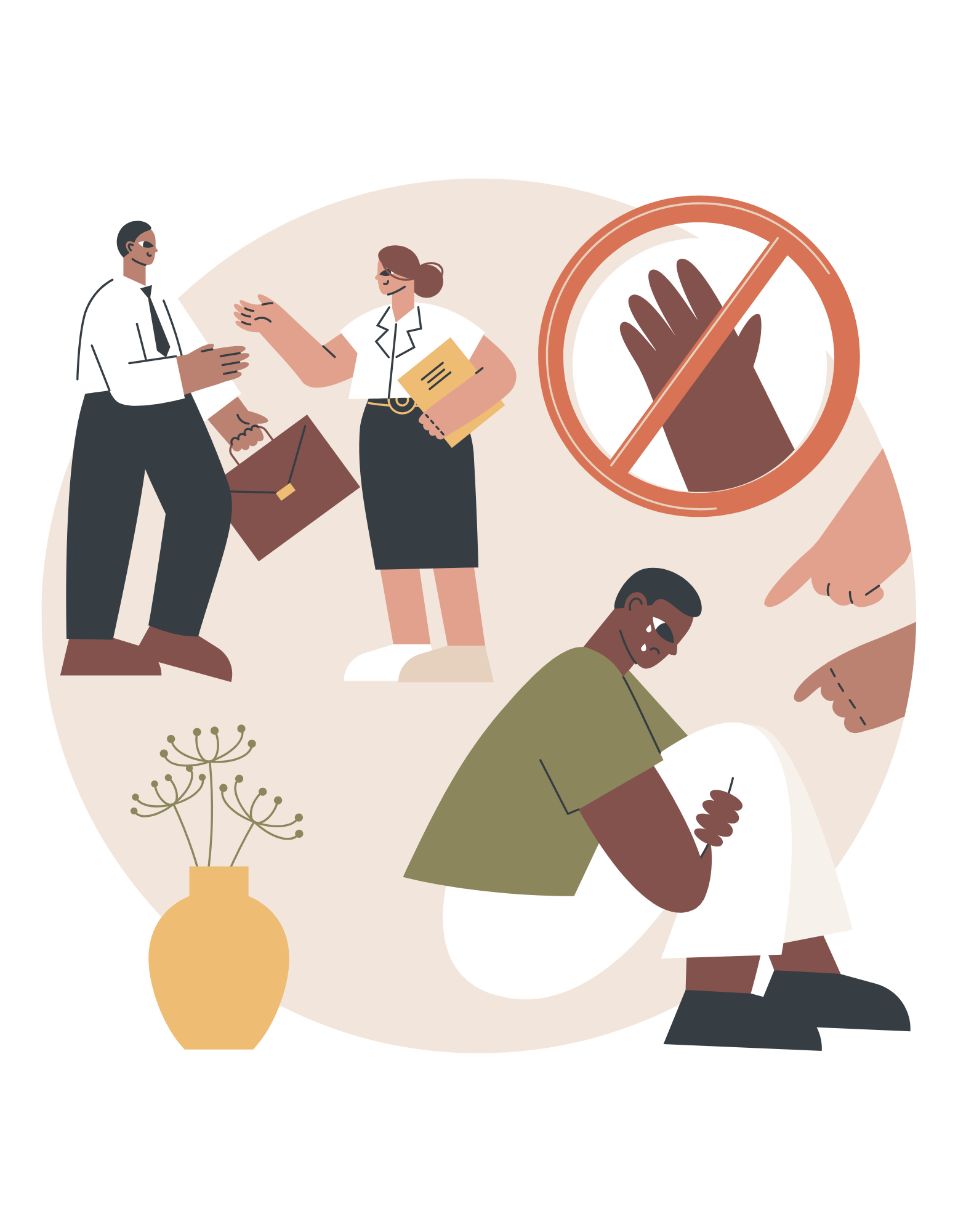 Haiti declared independence from France on 1 January 1804, and it was the first country in the Latin American, Central American, and Caribbean regions to do so. Haiti’s modern history mirrors much of the same social and political upheaval the area faced post-independence.  After independence, the country was damaged from years of war, its agriculture devastated, and its formal commerce nonexistent. In addition to this, an independence struggle was being to take root in Spanish Haiti (Modern Day Dominican Republic)  (Corbett, 2019). The last 70 years have seen Haitians live through dictatorships, coups d’état, military regimes, and since 1994 a move towards democratic elections (Aljazeera). There has been an ongoing socio-economic crisis over food shortages and fuel prices, as well as political crises over disputed election results, which led to increasing instability.

Due to Haiti’s geographical location at the meeting point of the North American Tectonic Plate and the Caribbean Tectonic Plate, it is in a high-risk earthquake zone which has resulted in 2 significant earthquakes in the last 15 years: the devastating 2010 earthquake and the more recent 2021 earthquake (DesRoches et al., 2011). Its geographical location is highly vulnerable to climatic-based natural disasters, including flooding, hurricanes, tropical storms, landslides, and droughts  (World Bank, 2021).

Historically, Haitian migration trends in the 19th century were most commonly linked to economic factors. Many moved to the neighboring Dominican Republic to work in the agrarian economy of sugar, cocoa, and coffee. The 20th century saw a more pronounced migration of refugees and economic migrants, which can be attributed to the United States’ occupation of 1915-1934, coups d’état, revolution, the Duvalier dictatorships, and military rule. The migration destinations of many Haitians of this era were the Dominican Republic, the USA, France, Canada, and Brazil, representing both Haiti’s geography and its postcolonial connections to other countries

In the 21st century, an ongoing constitutional crisis surrounding the election results of 3 presidents, a coup d’état in 2004, rising inflation, and Haiti’s devastating earthquake in 2010 further increased the outward migration of Haitians. Newer routes opened up due to the introduction of more liberal immigration policies in Latin America, resulting in the establishment of large Haitian communities in Brazil and Chile (Yates, 2021). The Haiti earthquake of 2021, recurrent tropical storms, flooding, COVID-19, gang violence, and the assassination of President Jovenel Moïse have all acted as catalysts for an exponential increase in migration from Haiti in the last two years (Wilentz, 2021).

The complex mixed migration flows out of Haiti have brought a specific set of protection challenges, exacerbated by the global anti-Black and anti-immigration policies that have come into force in the last five years.  These policies have left Haitians in highly vulnerable situations during their migration journeys to and arrival in destination countries.

Since the Haiti earthquake in 2010, there has been an increasingly progressive trend of migration laws passed across Latin America, broadly favorable for all migrants, including Haitians. These laws included the Human Mobility Law passed in Ecuador in 2017, which offered a pathway for regularization of immigration status to all migrants and re-enforced existing refugee and international Laws (UNHCR, 2017). Further to this, in response to the Venezuelan Migration Crisis, the Ecuadorian government set up the Quito Process, in 2018, which aimed to standardize and facilitate coordination of migrant protection for Venezuelan migrants and refugees. A recent meeting of the 13 Member states of the Quito Process, non-member governments, Civil Society groups, diaspora groups and INGOs on the 1st of July in Brasilia, Brazil reaffirmed their commitment to migrant protection of Venezuelans  (Proceso de Quito, 2022).

Countries in the region, most notably Chile and Brazil, have enacted similar migration policies.

The progressive trend in immigration policies in the region diverged in response to the Venezuelan Migrant Crisis from 2014 onwards, with some countries, such as Colombia, enhancing their progressive migration policies toward Venezuelans with increased Humanitarian Protection and Temporary Protection Status provisions (Gallego, 2021). As Colombia became a transit point for Haitians migrating north vias the Darien Gap to the USA, officials from the state body Migración. Colombia which oversees migrant protection, ensured that they had a presence in the area. Migración Colombia has an increased security presence and has liaised with local police to investigate trafficking, exploitation, and modern-day slavery (El Pais Cali, 2021). As many Haitians migrate north to the USA, few apply for permanent residency in Colombia.

One of the main historical reasons for the relatively progressive trend in migration policies in Latin America was the Cartagena Declaration signed in 1984 (UNCHR, 1984), which gave an expanded definition to the 1951 Refugee convention by adding the following:

“Persons who have fled their country because their lives, security, or freedom have been threatened by generalized violence, foreign aggression, internal conflicts, massive violation of human rights, or other circumstances which have seriously disturbed public order.”

As of 2022, 10 countries have adopted it, and 16 countries have incorporated it into their national laws (Mezzanotti et al., 2019), with the majority of Latin American countries signing the subsequent San Jose Declaration and Mexico Plan of Action (UNHCR,1994, 2004,) and The Global Compact on Migration (IOM, 2019).

However, while many migrants, including Haitians, have benefited positively from the regional protection mechanisms, many states have also opted to implement migrant protection mechanisms that are “In the Spirit of Cartagena” but do not provide full refugee rights (MPC, 2019).

The COVID-19 Global Pandemic brought abrupt changes in migration governance, with many countries adopting strict bio-security measures. The global pandemic coincided with an economic downturn in Latin America, brought on by the pandemic and the loss of employment and social protection for Haitians settled in Chile and Brazil. These factors meant that many decided to take the journey north. Further to this, there was a perceived notion that U.S. immigration policy would liberalize due to the election of President Biden, so many on this basis thought it would be possible to enter the USA with fewer restrictions (NPR, 2021).

In reality, President Biden’s administration continued many of former President Trump’s migration governance policies, including the continued use of Title 42 order, which allows federal authorities to expel individuals for bio-security reasons. In this context, COVID-19 is due to reject individuals bypassing health screening measures. This was disproportionally used by U.S. Border Patrol and U.S. Customs and Border Protection to deport Haitians, often before many could make immigration applications, including asylum claims. Deportations via “Title 42 Flights” were subsequently set to end on 23 May 2022 (Amnesty International, 2021).[PA8] [JA9]   During the weeks leading up the 23rd of May, 36 flights with approximately 4,000 Haitians onboard were deported back to Haiti (The New York Times). Contrary to this there are indications that North, Central and South American migrant protection policy could be moving in a more positive direction, on the 10th of June 2022 when the Los Angeles Declaration was signed by the following 20 countries: Argentina, Barbados, Belize, Brazil, Canada, Chile, Colombia, Costa Rica, Ecuador, El Salvador, Guatemala, Haiti, Honduras, Jamaica, Mexico, Panama, Paraguay, Peru, the United States, and Uruguay [PA10] [JA11] (The White House, 2022). This is renewed and timely attempt to synchronize humanitarian protection policies similar to the Cartagena Declaration 1984 and the more recent Quito Process (Selee, 2022).

Smugglers in Haiti are also taking advantage of the perceived geographical proximity of Haiti to the USA to exploit vulnerable Haitians seeking to leave. In May 2022, 842 Haitians landed in Cuba who thought they were destined for the USA. The Haitian migrants on board the boat said they were deceived into thinking they were traveling to the USA (AP, 2022).

The economic situation in Haiti has led to many leaving due to poverty. Since the assassination of President Jovenel Moïs in July 2021,  an increasing number of Haitians have left due to their fear of political persecution and the worsening security situation from ongoing gang violence (WBUR, 2022). The security situation has caused some INGOs like MSF to suspend operations in the country  (VOA, 2022).

Many Haitians could obtain a tourist or humanitarian protection visas and regularize their immigration status in several countries across Latin America. Applying for these visas would give them access to social protection mechanisms, the right to work, and the right for their families to join them. The threshold for obtaining refugee status in many Latin American countries is high, even with the progress made by the Cartagena Declaration and subsequent declarations. (Peñaloza, 2021 and Yates, 2021)

As mentioned previously, statelessness in the context of Haitians in the Dominican Republic is of international concern. Increasingly, “de facto statelessness” where Haitians cannot effectively use Haitian statutory services abroad, for example, consular services, is forcing Haitians into poverty, inhibiting their ability to regularize their immigration status. Similarly, “de jure” statelessness, where Haitians cannot prove their nationality or have a specific situation where a family member is unable to obtain nationality, contributes to Haitian migrant vulnerability (Refugee Research Network, 2022).

In conclusion, the difficulties Haitian migrants face during their time in settlement and transit are many, varying from country to country. However, anti-Black and anti-migrant sentiments are prevalent throughout Central and Latin America, pushing many Haitians to seek a better life in North America. While many Haitians would reach the threshold for refugee status under the 1951 Refugee Convention, they would also reach the threshold for the expanded definition of a refugee under the Cartagena Declaration. However, in Central and Latin America, migration governance is generally implemented with “refugee-like” visas, Temporary Protection Status, and regularization pathways. While positive, this doesn’t afford Haitian migrants and refugees’ full access to international protection.

End of part one