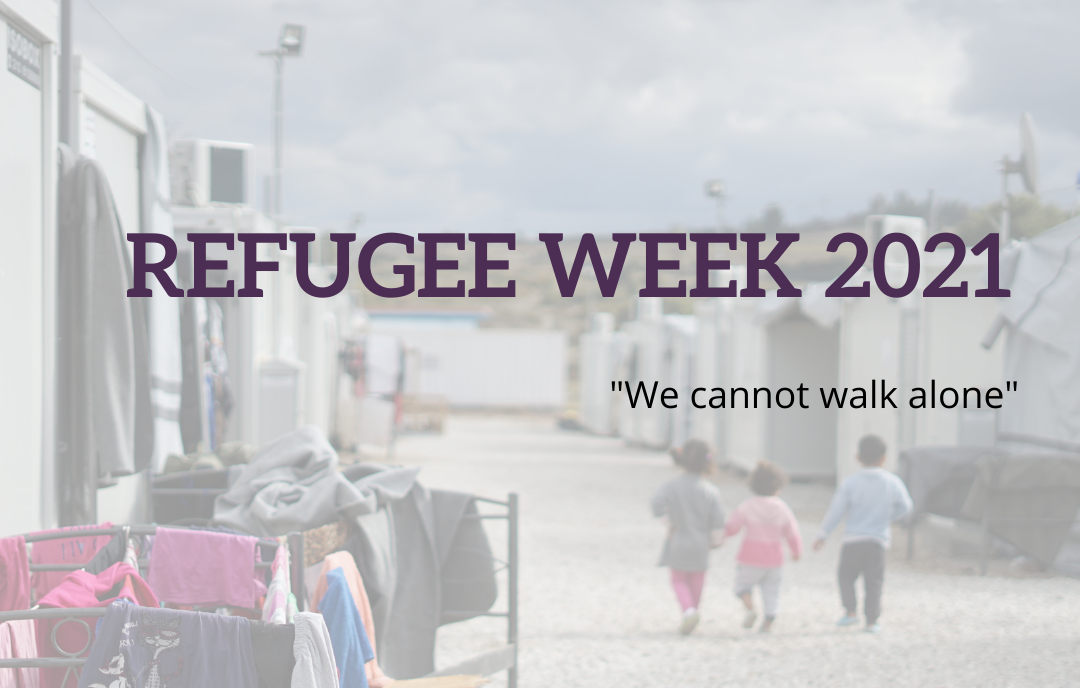 This year’s Refugee Week, taking place from the 14th to the 20th of June, is aptly organised around the notion that ‘we cannot walk alone’, stressing the centrality of diversity, collaboration and allyship to progress. Leaders of developed countries would do well to apply this philosophy to their immigration laws, which reflect very little of the diversity and dynamism of our societies, and the transnational linkages and communities which have formed over centuries of global migration movements. Many Western countries are involved in a process of incrementally eroding and curtailing asylum rights, which not only actively breaches international laws and conventions, but reveals an alarming degeneration compared to the progress these laws have made to respond to migration patterns and historical developments in the 20th century. Diaspora networks, on the other hand, have responded much more appropriately to the needs of migrants in Europe and the UK.

The erosion of asylum rights in the West:

In Europe, immigration politics shine light on the growing voice of the right-wing, engaged in a ‘race to the bottom’ to erode asylum rights. Michel Barnier, positioning himself as the next prominent rightwing candidate in the 2022 French elections, has recently stated his resolve to suspend immigration to France, including family reunification, for three to five years. Denmark has recently announced plans to process asylum seekers from abroad: this implies that people applying for asylum in Denmark will be sent to another country, presumably outside of Europe, to be assessed. The goal is to deter migration to Denmark: this raises concerns about access to asylum procedures as well as migrants’ safety and protection during the process.

Similarly, across the Atlantic, former US President Donald Trump implemented the ‘Remain in Mexico’ policy, which forced migrants to await their court hearings in Mexican border cities and towns rather than on US soil. The goal was to deter migrants from entering the US, and it was proven that this put them at risk of great harm. This policy was very recently ended, however, whilst this is an important success, the Biden administration has reserved the right to remove migrants at the border with Mexico on the basis of a March 2020 health order in response to the COVID-19 pandemic.

UK Home Secretary Priti Patel has recently reignited the quest to criminalise migration based on how migrants arrive in the UK, despite the fact that most migrants do not have the option to migrate legally. The criminalisation of migration in the UK has been long under way. The UK government’s current plans to reform the asylum system are the latest measures taken to discriminate against those who are considered to have arrived illegally. They insist that migrants should apply for asylum in the first EU country they reach rather than the UK. Measures include limited benefits for migrants and their families if they have migrated illegally, or refugee status being made temporary for successful applicants who arrived through illegal means, meaning they can always be removed. Among these plans, the only provision for legal protection is the introduction of exceptional protection for vulnerable people in the event of an immediate danger. The reform also includes speeding up returns despite pending asylum claims and one-stop legal systems, which raises due process concerns.

The measures observed in many Western countries reflect a tendency to deter migrants, a view of migration as undesirable and automatically illegal, and the assumption that migrants do not deserve to be granted asylum. Whilst there are many issues with these policies, their blatant breach of international law is perhaps the most concerning. For instance, what the UK government defines as exceptional protection to vulnerable people comes close to what asylum should be according to the 1951 Refugee Convention, but it should be permanent and granted to any person fearing for their life in their country of origin. As a signatory, the UK has a responsibility to uphold the Refugee Convention.

In fact, the label of ‘illegal migrant’ used by the UK and numerous other countries has no basis in international law. Article 13.2 of the Universal Declaration of Human Rights stresses that anyone has the right to leave any country, including their own. Article 14.1 highlights that anyone has a right to seek asylum in any other country. On this basis, while countries are under no obligation to grant asylum, they have no right to criminalise migration, and must let anyone seek asylum if that is their intention. Furthermore, the Dublin regulations stressing that migrants must apply for asylum in the first EU state they enter have no basis either: people are free to seek asylum in the country of their choice, be it the UK or an EU member state. Therefore, there is no such thing as illegal movement of people. Whilst countries may refuse asylum, they are under the strict obligation to let people apply and carefully consider their claim.

These regulations and their breach of international law reveal a regression in the Global North. International refugee law has evolved to match the needs of refugees and major migration patterns. Indeed, the 1951 Refugee Convention was initially designed to provide for the refugees displaced in Central Europe: the definition of a refugee was initially limited to Europe. This changed following the decolonisation of the Global South and American interventions in South East Asia. The Refugee Convention was amended in 1967, to reflect that refugees could come from any country in the world. More recently, in 2016, the UN General Assembly adopted the New York Declaration for Refugees and Migrants. This emphasised notions of solidarity, reaffirmed the obligation to protect the rights of migrants and agreed to work towards global compacts for refugees and safe and orderly migration. In 2018, UN Member States agreed on the Global Compact for Migration, which constitutes the first time Member States agreed to improve migration governance. Although the agreement is not legally binding, it set a roadmap to improve responses to migration, paying attention to human rights, humanitarian and sustainability issues.

Hence, international standards and laws reflect the changing patterns of human movement: Western asylum regulations clearly do not. Indeed, the world is increasingly globalised and interconnected, and the increase in conflicts, natural disasters and economic precarity leads many to migrate. Organic migration patterns evolve out of complex push, pull and facilitating factors. For instance, migrants and refugees might be more inclined towards a certain country of settlement due to the presence of diaspora communities, family members and social connections. Removing asylum rights, pushing people away and constraining them to settle in their country of first arrival are attempts to bend natural migration patterns.

With governments consistently curtailing migrants’ rights to asylum and protection, civil society has had to fill the gaps. Diaspora networks in particular provide essential channels of support, economic and otherwise. In London for instance, many diaspora organisations are dedicated to supporting their communities through the challenges of life in the UK, such as the Kurdish and Middle Eastern Women’s Association, the Iranian Association or Paiwand, supporting Afghan refugees. These organisations campaign, provide employment, health and welfare support, classes and workshops.

During the 2015 increase in arrivals, diaspora communities mobilised to support migrants and to advocate against unfair policies. Faith-based organisations were quick to respond to the crisis. Islamic Relief focused its efforts on campaigning as well as providing legal advice services in Lesbos and Athens, Greece. Similarly, Muslim Charity began providing humanitarian support in camps throughout Greece and mobilised volunteers from the UK. Islamic Help responded to the Syrian conflict, and its consequences on arrivals in Europe by providing material assistance in Lesbos.

Closer to the UK, in Calais, Eritrean diaspora organisations responded to the needs of their community members stuck at the border due to unfair asylum policies from 2014 onwards. Informal networks multiplied, for instance through WhatsApp, to appeal to donations of food, clothes and medicine, which volunteers drove to Calais.

While it is important to recognise the failures of governments, it is also crucial, in the spirit of this year’s Refugee Week, to recognise the work of diaspora communities and organisations to support refugees and migrants in Europe and the UK. Advocates for migrant rights and those working to assist migrants should focus on ways to support diasporas and amplify their voice as an essential element of the solution.

This year’s Refugee Week and its slogan, ‘we cannot walk alone’, prompt some important reflections about the way Western societies engage with migrants and their communities. The policies put forward by Western countries to curtail asylum rights reflect a nativist reaction against globalisation and increased migration movements. They suggest a dire need for progressive asylum policies that are in line with international law, recognise the existence of organic migration patterns, and most importantly, embrace the diversity and dynamism that could come to characterise future societies. Within this context, no one should walk alone: there is a heightened need for solidarity, and civil society, including diaspora organisations, often fills the gaps left by government action and inaction.