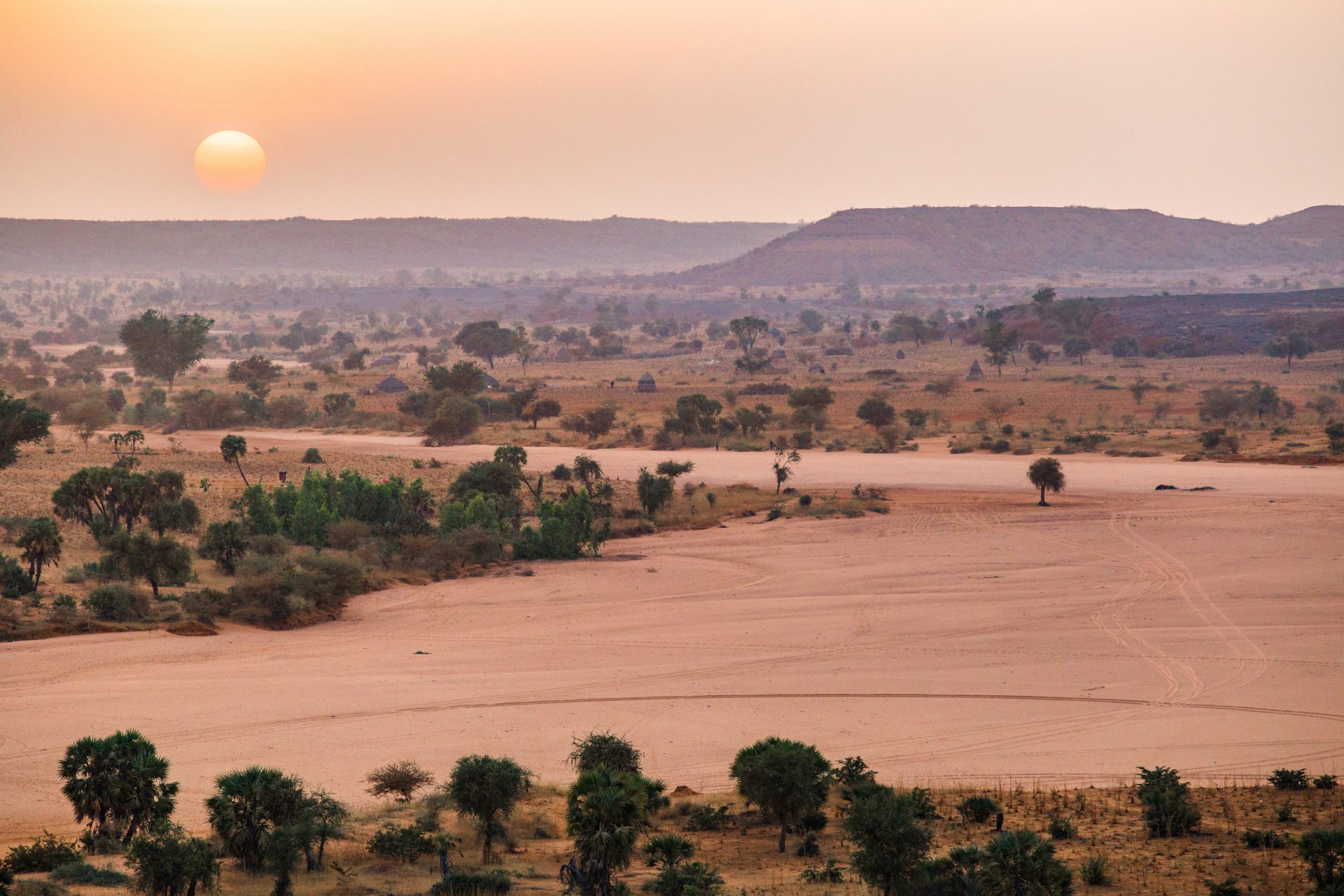 Climate change, conflict, and migration in the Sahel region – how the diaspora can help

In March 2019, harvest season for villagers in Mali escalated into violent conflict with the Ogossagou massacre in Mopti, part of a continuing wave of insecurity across Africa’s Sahel region over the last decade. On March 23, 2019, several attacks by gunmen killed 160 Fulani herders in central Mali. The tension between Fulani herders and Dogon villagers is fueled by severe climate change insecurities in a region that suffers from droughts, floods, and temperature rises, leading to increasing competition between its inhabitants for scarce resources. Climate change has a catalytic effect in countries marked by already protracted conflict, poor governance, and ethnic rivalries. These factors raise the question of whether climate change plays an active role in causing violence in the Sahel region, or are there deeper structural problems at play?

Furthermore, as mobility is an important response to these environmental changes, what impact is climate change having on migration trends in and from the region? And how are the diaspora responding to these overlapping environmental and security challenges in times of crisis?

Climate change has undeniably increased pressure on land and natural resources that has resulted in tension between ethnic groups; however, there is an absence of direct causation and correlation. The intriguing connection between conflict and climate change arose with a radical review of drivers of the Syrian civil war by Selby et al. (2017), who argue that anthropogenic climate change will become a ‘threat multiplier’ for instability in the decades ahead. This research challenges the common view that the Syrian civil war is a result of recurrent political crises. However, as the examples of ongoing violence and migration in Sahel and Syria show, there is compelling evidence that human-induced climatic change is an important contributory factor in the extreme drought experienced within Syria before its civil war and the competition for natural resources in Sahel. In Syria, the drought fed into a large-scale wave of irregular migration that deepened socio-economic shocks in the country, which Selby et al. (2017) argue have driven Syria into a civil war. This is not to say that climate change caused the civil war, but rather is a significant contributory factor  for social and political unrest.

In Sahel, the impacts of climate change are perhaps even more pronounced, as the droughts are becoming more intense, with temperatures rising 1.5 times faster than the world average, and increasingly destructive flooding episodes occur in Mali and Niger.

Defective development policies and the need for diaspora engagement

Ethnic violence in Mali results from regional dependence on natural resources and failed political institutions and a lack of economic support. The anger of Dogon communities towards Fulani communities’ use of contested water sources and grazing land has a long history, with French government development efforts (ODEM – Opération de développement de l’élévage dans la region de Mopti) to insert wells across the region to battle climate change from 1975. This development initiative was thought to improve water access in the region, however, it set the ground for future insurgents and counterinsurgency. By making water permanently available in parts of the plains historically owned by the Fulani herders, the development programme led to a further influx of people to the area. Initially, Dogon farmers used around these water resources with the permission of Fulani herders. However, high demand for new agricultural land and the expansion of farmers around wells put Fulani livestock in danger.

The principal reason for this conflict in the Sahel between Dogon and Fulani is the allocation of resources in an already vulnerable region without detailed local knowledge or understanding. The government of Mali has already received financial and technical support to combat climate change and the insurgency in the region, and will continue to rely on the support of international partners. However, at the recent COP26 conference, Malian and other world leaders must had to ensure local communities and civil society are involved in addressing the impacts of climate change in climate-vulnerable developing nations, or there is a risk that solutions to address existing vulnerabilities in the region will backfire or have unintended consequences. Policies to address climate change in Mali and other countries in the region should seek to mitigate, rather than accelerate, ethnic conflict and violence.

Inter-communal competition undermines such communities’ resilience to cope with climate change. Diaspora communities in settlement countries are also working to build resilience to climate change in the region and address drivers of the conflict. For example, diaspora remittances can act as leverage based on the model of Nigeria’s Incentive Based Risk Sharing Facility for Agricultural Lending.

Al Jazeera’s Field research in Mali engaging with the key actors of Fulani and Dogon groups, along with the UN officials, reveals a great sense of precariousness despite the involvement of French and UN peacekeepers. The modus operandi of total war used by militants in Africa’s Sahel region, which involves the destruction and looting of the enemy’s environmental resources, further aggravates greed and grievances. Armed groups in the region exploit this instability and insecurity to conduct attacks and recruit new fighters from dispossessed communities.

Climate change  reshapes land-use dynamics and affects peacebuilding processes. The Malian government’s policy agenda of providing financial and other support to sedentary communities rather than nomadic pastoralists further intensifies the violence. A heightened focus on climate change responses as part of development policies therefore risk putting local government authorities in a no-win position. However, with more judicious allocation of resources, there is room for increased prevention and resilience-building in conflict-affected regions.

Ill-considered or dysfunctional development projects to tackle climate change in the region have exacerbated the already weak mechanisms in place to approach regional problems. There is therefore a strong need for humanitarian actors in the region to address the environmental factors underpinning the conflict that are expected to rise in the coming decade. The Syrian civil war and Ogossagou massacre have led to important reflections about the role and scale of climate and environmental change in increasing insecurity in the region, and how that may intensify conflict and irregular migration.

Diasporas are increasingly recognised as key actors in humanitarian action, helping affected communities and contributing to reconstruction efforts.  The Malian community abroad has been involved in raising awareness of the situation in the Sahel. The “March for the Peace and Unity of Mali” in Paris involved thousands of Malians, Franco-Malians and friends of Mali. Collectif des Maliens de France pour la Paix (The Group of Malians in France for Peace) organised conferences and fundraising events.

Sahel youth organisations in Europe have also engaged in social and political action in their origin countries. Their capacity to express their needs and grievances in a constructive and consensual manner needs to be reinforced.

The Sahel Youth programme helps young people in and outside the Sahel to communicate with institutions in their countries. Young people of Sahel origin work together to create more effective development programmes and propose policies that will not lead to more grievances in the region.

One of the youth program participants, Yacoub Hamza, says that the institutions are not “hearing them”. This highlights the importance of diaspora members’ desire to contribute to the international institutions’ development. The project manager, Fatoumata Traoré of the “French Association of Malian Graduates and Students” also believes it is essential to leverage the skills of the African diaspora through mentoring, distance learning and feedback to introduce a new “mindset”.

The  effects of climate change will continue to trigger turmoil in unstable regions. Increased natural resource scarcity, water conflicts, natural disasters, and land degradation make climate change  one of the biggest security threats to the human population. The Ogossagou massacre in Optei showed MINUSMA failures,  including a failure to protect development projects in the region. Recent demonstrations in Bamako and Paris have already demonstrated the discontent of the diaspora and diaspora youth who are questioning the relevance of the MINUSMA mission. This also shows that although climate change is an important factor fuelling the conflict in the Sahel, the unintended impacts of poorly conceived or implemented humanitarian or development projects can also do more harm than good. Reflecting on the successful examples of diaspora responses in Sudan floods in 2020, Cyclones Idai and Kenneth in Zambia in 2019, and Nepal floods in 2017,  diaspora humanitarian and development responses to climate change in origin and other countries  should also be recognised and incorporated  in the COP26 agenda.

Al Jazeera English (2019). Mali in crisis: The fight between the Dogon and Fulani | Talk to Al Jazeera In The Field. Available at: https://www.youtube.com/watch?v=1YCFf_Erdvc

David McKenzie, C., 2020. Ogossagou Massacre Is Latest Sign That Violence In Mali Is Out Of Control. [online] CNN. Available at: <https://edition.cnn.com/2019/03/25/africa/mali-attack-analysis-intl/index.html>

Elbadawi, E., 2000. Why are there so many civil wars in Africa? Understanding and preventing violent conflict. Journal of African Economics, 9(3), pp.244-269.

Keen, D. (2002). “Since I am a Dog, Beware my Fangs”: Beyond a ‘rational violence’ framework in the Sierra Leonean war. Crisis States Programme Working Paper No. 14. London, Development Studies Institute, LSE

Mkandawire, T. 2002. “The Terrible Toll of Post-Colonial “Rebel Movements” in Africa: Toward an Explanation of the Violence Against the Peasantry.” Journal of Modern African Studies. 40(2): 181-215.