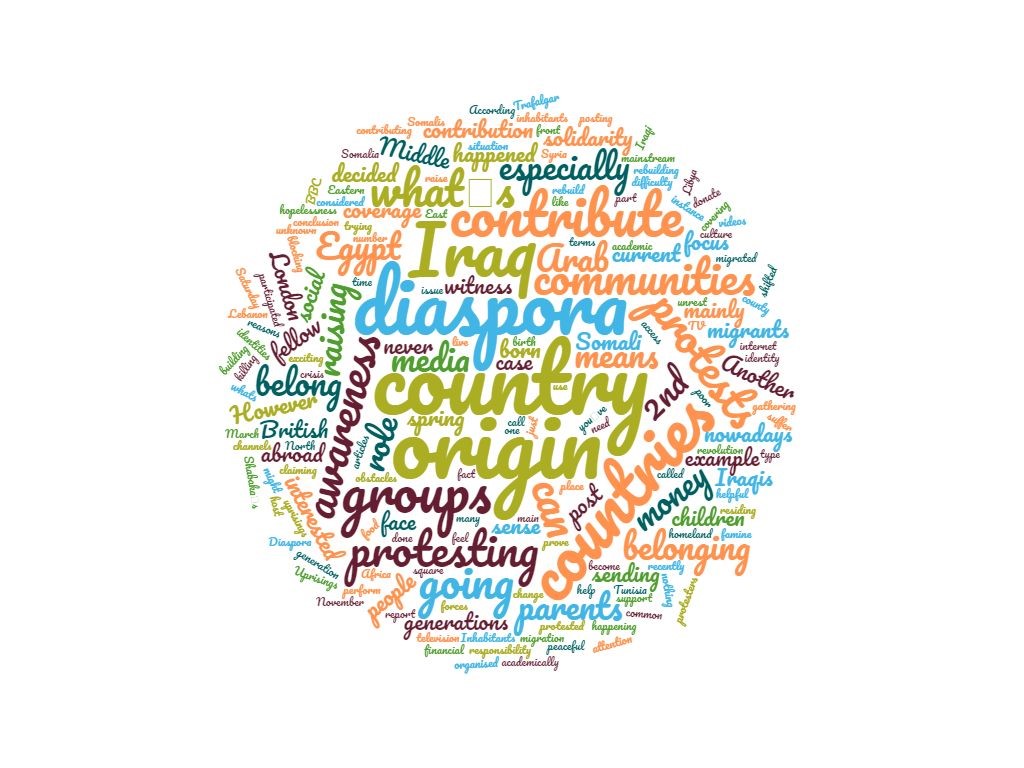 2019 saw a massive surge of protests and changes across numerous countries in the MENA region, such as in  Lebanon, Iraq  and Algeria, and across further afield in Sudan, Hong Kong and Ecuador to name a few, with significant engagement of their diaspora. In 2010-2011, the Middle East and North Africa (MENA) were swept by mass anti-government protests in what became known as the Arab spring. These protests led to massive changes across the region, toppling leaders who have been in power for decades, including Hosni Mubarak in Egypt and Bin Ali in Tunisia. And many are coining the 2019 protests as the ‘Second Arab Spring’.

In Lebanon, protests erupted in October 2019 in response to the growing economic crisis and planned taxation, including on mobile applications giving the Lebanese protests the nickname ‘WhatsApp revolution’. In Iraq, large scale protests erupted in across the country in the same month, which led to the death of at least 120 people and more than 2000 injured according to a UN report but the response by the international community and media was seen as muted. The number of killed and injured to date has risen recently to more than 420 killed and 17000 injured (BBC). The silence became a rallying cry for the Iraqi diaspora, who galvanised across the globe to bring the spotlight on the country and let the protesters know they are not alone.

Being myself part of the Iraqi diaspora in the UK, I saw how the community, especially second and subsequent generations, were organising, participating in sit-ins in solidarity with the protesters in Iraq. There were numerous protests organised in London and cities across the world. But even more people took to social media, including Twitter, Facebook and Instagram.

Seeing these solidarity protests and engagements has been eye-opening. It showed that the belonging to an identity might motivate those generations to be politically active in revolutions and also to contribute to countries of origin. There engagements vary, such as sending money, raising awareness or volunteering their skills. The Iraqi diaspora response to events in Iraq is not new. For example, many participated in the 2010  Iraqi election.

What is particularly fascinating about diaspora engagement was how the second-generation Iraqi diaspora were galvanised. Many felt disappointed that the media coverage was poor and felt the situation in Iraq needed the spotlight, leading to responses on social media, but also protests, such as outside the BBC offices in London.

The question is, while the second-generation have less connection with their ancestral homes, what drives them to engage? Belonging to a country is not just by place of birth, you can belong to a country you’ve never been to or were born in as the case of children of migrants or as some call ‘inhabitants of diaspora’. And the contributions of the diaspora should not be limited to their financial contributions, but also how they utilise their skills and networks to raise awareness of crises in origin countries, such as blocking of internet access as times of political volatility, such as in Egypt, Iraq and most recently Iran countries which witness Arab uprisings. Thus, diaspora can be allies in revolutions.

Views are those of the authors and not necessarily represent Shabaka