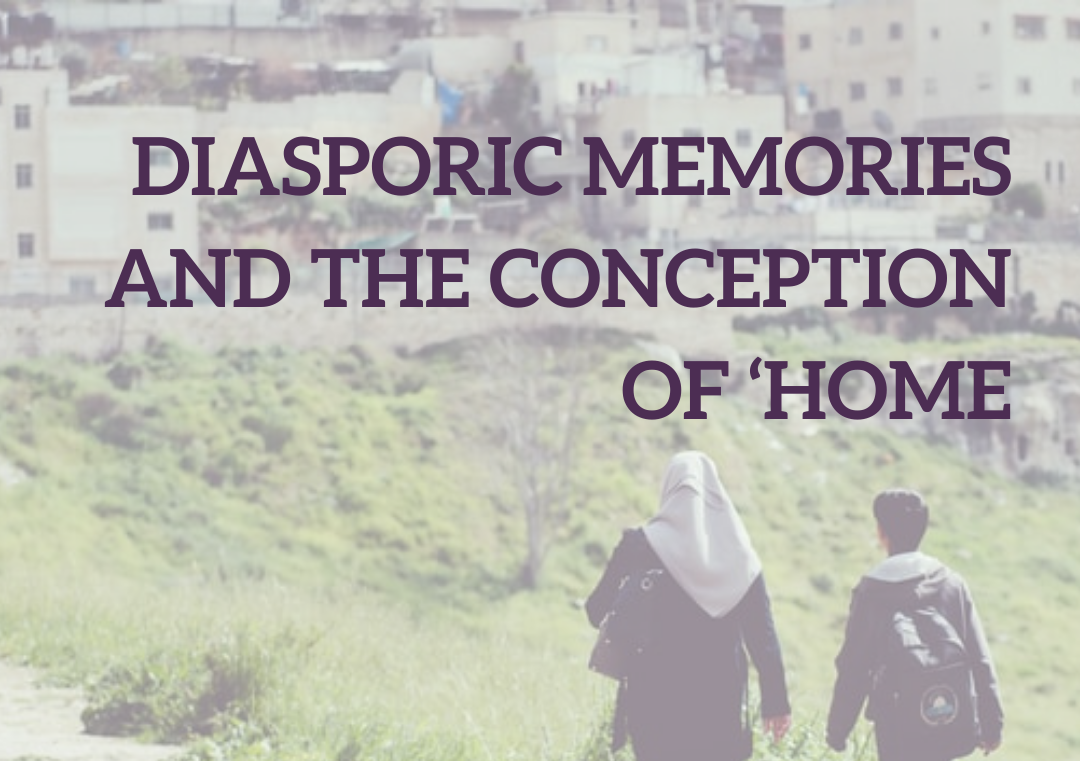 Diasporic memories and the conception of ‘home’

Diasporas are often living in multicultural environments that can create a dichotomy in cultural identity between origin and settlement countries. This restless position sometimes impacts their sense of belonging, for example, in the UK and Sudan. Sara Badri, Community Researcher, Shabaka, interviewed and collected data on the concepts of home for her MA dissertation. The research examined the Sudanese diaspora’s cultural identity construction within multicultural environments. Participants aged 18-35 were interviewed to understand how they navigate between their Sudanese and British cultures.

Where are you from?

A very simple, straightforward question, but one that can generate an identity crisis for young people in the diaspora. The majority of interviewees explained that their answer would differ depending on who is asking, whether it is a person of British descent or a diaspora member.

Others stated that Sudan would always be the answer, regardless of the environment or who is asking, they consider Britain their place of residence and country of their passport, not what they identify as. But what do they mean by British or Sudanese, and why?

What does it mean to be British?

Having to prove their Britishness in a place where they grew up and call home is not uncommon for minority groups. Being asked about their heritage by other minorities opens a topic of discussion about history, roots, and families. One participant explained that her response would always be British if the person curious about her ethnicity is of British descent.  “Where if it is a British person, no I’m British I’m just like you I was born here.”

This reflects ongoing conversations and discourses about race, discrimination, and the need to prove their worthiness, and rights as British people. It is also embedded in terms such as minority and diaspora. Thus, leading the participants to inevitably be programmed as the other, despite their connection with the UK as British nationals.

From a cultural perspective, the participants’ British cultural identity could interfere with their Sudanese traditions and also be perceived as ‘other’, especially when they are visiting Sudan.

Participants claimed that their cultural identity is constantly shifting between their British mentality and their Sudanese inherited and mediated customs. This shift is largely visible in situations that stress cultural contrasts. Drawing an example from the data would be Hiba, whose Sudanese courtesy in Britain could appear overly nice, while in Sudan, her British honesty and independent manners are considered inhospitable. This could be interpreted as, to increase Sudaneseness participants must adopt the opposite of Britishness and vice versa, to habituate themselves culturally.

What is connecting them with the ‘homeland’?

Some participants who did not speak Arabic explained that language is a crucial key that connects or disconnects them with their Sudanese side. “The second it switches into Arabic, I’m an outsider. Connecting with the homeland is about that language, it is about that sharing of jokes.”

Other than the language, participants believed that tangible representations of Sudan which they can share, create strong ties with the homeland. Such as food, attire, traditional scents, accessories, and other decorative elements.

Respondents explained that their connection to Sudan is initiated by how their parents deeply rooted them in Sudanese culture. By creating an environment which replicates Sudan, based upon their memories, as well as surrounding them with Sudanese friends to learn the culture. “We went to Arabic Sudanese schools on the weekends as well as our English schools. We went to Sudan every single summer holiday. And we only ate Sudanese food, at home we were Sudanese, 100% Sudanese.”

By sharing their culture, the diaspora strengthen their connection and affiliation with their Sudanese identity. Through sharing their culture, they are wiring their psyche to associate belonging with Sudanese culture which is directly related to their family and heritage. The data also suggests that the participants were never raised as British only, they were always programmed to benefit from both nations. Therefore their identity has been trained as a double.

The essence of Sudan

The participants shared a few nostalgic stories when asked about what Sudan feels like to them.

Taha was impressed by the Sudanese people’s generosity and sense of community while traveling across the country, “…we stopped during the sunset time and everyone went to pray and I had all these people who I never met before just offer me food, water, a prayer mat to pray with them…”

Abeer shared her experience of visiting Sudan and seeing her family for the first time in 10 years, “It smells the same, the heat feels the same, I remember seeing my family and I remember my aunt giving me a hug and being like oh my God she loves me so much, I haven’t seen her for so long.”

Diasporas may not always fully understand the nation’s collective consciousness of what it means to be Sudanese. Therefore, it is also very common for the diaspora to experience cultural differences in Sudan. One mixed race participant explained that being in Sudan demands specific cultural ‘keys’ or ‘passports’ that can be overwhelming and confusing from a western perspective, “…you need the passport of language, you need the passport of identification, I need to look Sudanese. I want to grow my hair long and my pale skin already pushes me out. I don’t understand why men in Sudan have to just wear shirt and jeans. I want to wear colors, which is a hard position to hold very strongly in Sudan to be able to do that. My experience in Sudan is going there and feeling quite isolated, like I’m shameful. I feel ashamed that I can’t be more Sudanese.”

What does ‘home’ mean to you?

The majority of the participants described home as a place where they do not have to acclimatise to. A safe place where they feel a sense of ease, acceptance and belonging. Which is all too often the exact opposite of what they endure to claim their Britishness.

Where is home and why?

Another interesting finding from the interviews, is that for the diaspora, what maintains their connection with the homeland is family. They do encounter many cultural differences in Sudan, however, they still long for a connected welcoming community. “Sudan,  is such an open country… I associate with the Sudanese traditional way of gathering and eating together, I feel more joy being part of that.”

Although the participants enthusiastically expressed their devotion to the homeland, the majority would not call Sudan their place of homing. They explained that home is where they currently live, where they feel familiar with their surroundings and manner of living. “I feel like I belong to London where I spent most of my years, I feel like I belong here, even if I go to Sudan I would still think that I belong more to London and I understand more living in London that living in Sudan right now.”

It can be puzzling to possess and understand both cultures simultaneously, and decide on which role to embody. Considering the diaspora’s transnational belonging, home and identity are ambiguous terms. Home is not narrowed down to one place, as the interviewees mentioned that belonging, Sudan, UK, and cross-cutting cultures are all ambivalent concepts that they have been contemplating from a young age.

However, the interviewees claimed that the Sudanese cultural identity is an important source of guidance and inspiration for their everyday life, which they try to maintain and pass on to future generations. Sudan is home, as in where their family is, their origin, a place where they feel a sense of ownership. But not necessarily what they understand and claim as their place of homing.