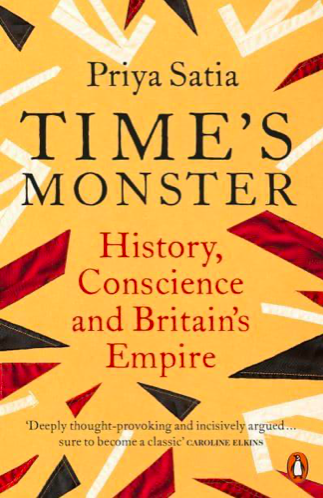 As we commemorate independence for Jamaica, India, and Pakistan, the evolving relationships between these countries and their former British colonial rulers take on a special relevance for many in all four countries, and especially for the diaspora.

These two historical events continue to have great significance today, with ongoing tensions between India and Pakistan 75 years after the horrors of Partition. Jamaica has signalled its intention to become a republic by 2025, removing Queen Elizabeth II as head of state.

Although these events may seem distant and unrelated (and took place in opposite ends of the world), they are deeply interconnected, as two recent books by diaspora academics explore from very different angles.

For example, Robert Clive (‘Clive of India’, still celebrated in statues near the UK’s FCDO) was so notorious for his expropriation of India’s wealth for personal gain he faced criminal charges in Britain (Clive was also responsible for contributing to the Great Bengal Famine of 1770, which historians estimate resulted in the deaths of more than 1 million people). But in a legerdemain that became so typical of Britain’s relationship with India and its other colonies, Clive’s excesses were used as a justification for continued colonial rule, to ‘protect’ the people of India from such exploitation in the future.

Satia chronicles the myth-making and increasingly elaborate mental and moral gymnastics deployed by the British to justify colonial rule, which led an early imperial historian, John Seeley, to claim it ‘was acquired in a fit of absent-mindedness’ (when it was nothing of the sort). Abolition of slavery was used as a justification for continued imperial rule. Similarly, a pervasive myth in Britain to this day is that decolonisation was led by the British because of their liberal principles.

Taking as her starting point the statement of 19th century African American abolitionist Frederick Douglas that ‘power concedes nothing without a demand’, she details how independence from Britain was gained from below, not from above, by forming transnational movements, and finding common cause with dissidents in the colonies and in Britain.

She skilfully demonstrates how transnational action underpinned resistance to colonial rule, providing inspiration, moral support, and mobilising resources. For example, she shows how resistance inspired further resistance, drawing a clear line between the Haitian Revolution, slave rebellions in the Caribbean, the Indian Rebellion of 1857 (still commonly known in Britain as the ‘Indian Mutiny’) and the 1865 Morant Bay Rebellion in Jamaica. These in turn inspired resistance to colonial rule, and led to independence, in Algeria, Egypt, Kenya, Sudan, Malaysia, Palestine, Indonesia, and beyond.

The diaspora are central to this history. Diaspora workers’ and student movements in Britain, as in Belgium,  France, the Netherlands, Portugal, and elsewhere, connected diverse communities in new ways, organising resistance to colonial rule and paving the way for independence. Pan African Congresses of diaspora students, workers, and activists held in Paris, London, Brussels, New York, and Manchester between 1919 and 1945 campaigned for the independence of Africa and the Caribbean. Delegates at these Congresses included the future independence leaders of Ghana, Kenya, and Malawi, as well as writers and activists like WE Dubois and Amy Garvey, wife of Jamaica’s Marcus Garvey.

Moreover, Gopal shows how the diaspora helped build solidarity and forged transnational alliances with dissidents – such as labour and anti-colonial movements in Britain and other European powers – in the fight against colonialism. Rather than accepting the common myth that colonial powers like Britain gave up their empires voluntarily, she details how these transnational alliances demanded – and ultimately won – an end to colonialism from the bottom-up. Nor are these purely historical phenomena, as recent transnational social justice movements such as Black Lives Matter demonstrate.

By contrast, both authors plead for greater historical understanding and nuance, eschewing simplistic ‘balance sheet’ approaches that are still used to justify colonial history (‘we gave them trains, English, and a legal system!’, ‘but the Belgians/Mongols/Qing empires were worse!’), or that views all colonialists as evil, and all independence activists as virtuous heroes.

For those interested in how our shared past continues to affect the present, and in transnational action, these are essential books. Diaspora transnational action continues to be as relevant today as ever; at the end of a very long reign for Queen Elizabeth II, who oversaw the loss of Britain’s empire and is one of the last links with our shared colonial past, we can all say ‘Long Live Jamaica’, ‘Jai Hind’, and ‘Pakistan Zindabad’!