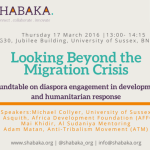 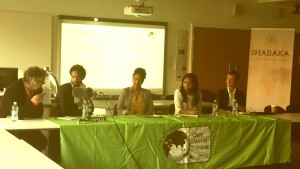 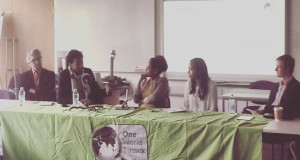 The migrant crisis has been receiving notable media interest, however it is often negative especially in the light of unprecedented movement of people globally including to Europe. Despite negative coverage in the media, diaspora and migrant communities, including in the UK, are thriving and making positive contribution to development and humanitarian efforts. For example, according to World Bank remittances by diasporas and migrants to their families and communities is expected to reach $516 billion in 2016.

The event was part of One World Week at the University of Sussex, an annual celebration of the diversity of nationalities and cultures at Sussex. Between 14th – 20th March students and staff are hosting dozens of activities, performances, talks and debates, providing information and competitions on campus and beyond. 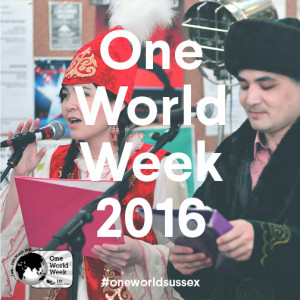