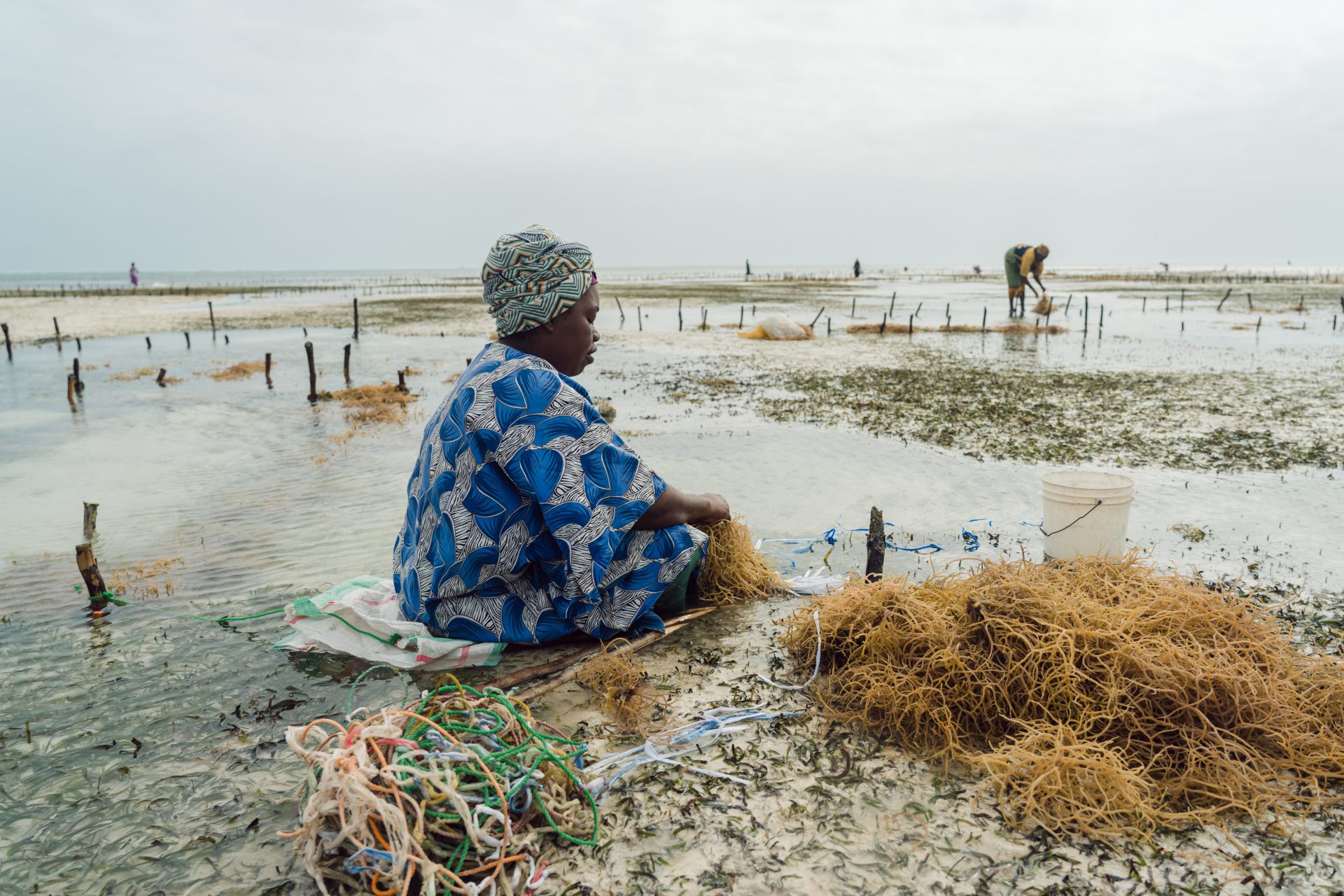 Migration Missing In Action At COP27

The issue of migration was not a key topic of discussion at the United Nations climate change conference that took place in Egypt in November. Although migration came up in discussions at the biggest annual climate event, also known as COP27, it was unfortunately not a main item on the agenda[1]. This is despite the fact that migration is recognised as one of the primary consequences of climate change. And with  unprecedented rises in global temperatures, recurrent droughts, flash flooding and rising sea levels, some of the poorest people in the world have been forced into climate-induced migration.

An estimated 22 million people every year are forced to leave their homes because of climate-related disasters, according to the U.N. International Organisation for Migration (IOM). The data shows that climate change could force 216 million people to migrate within their own countries by 2050. In sub-Saharan Africa, we could see an estimated 86 million internal climate migrants by mid-century. Even though Africa contributes the least to global warming, the continent will experience the most devastating impacts of climate change. The continent is also responsible for a mere 3% of global greenhouse emissions, but is the least prepared to cope with climate change. Africa is also warming faster than any other region in the world, which will have serious consequences for its development

The majority of countries most adversely impacted by climate change are in Africa – and these countries tend to be ones experiencing conflict such as Central African Republic, Ethiopia, Somalia, and Sudan.

In Africa, the devastating impacts of climate change on migration and displacement  will particularly be most acutely felt in regions like the Horn of Africa – because of its geography and recent history. The region contains vast arid drylands, making it one of the most vulnerable to climate change, with rising temperatures already leading to unprecedented droughts, floods and locust infestations. The region is also in the throes of the worst food insecurity crisis in the world. And with an unprecedented fifth failed rain season, the region faces its worst drought in 40 years pushing tens of millions of people to the brink of starvation. In Somalia, the situation is so dire that a full-blown famine could be declared in the first quarter of next year. The region also hosts some 2.9 million refugees and 12 million internally displaced persons, further compounding the myriad of problems its people and governments face.

Somalia, for instance, a country where the escalating environmental crisis is taking a devastating toll on people already facing internal conflict and terrorism. The country is the second most impacted by climate change in the world, after Niger. In Somalia, around 60% of people are pastoralists rely upon the land for their very survival. But rural areas under severe climatic stress which has caused whole swathes of land to become virtually unhabitable. That means that precious livestock people depend on are dying.

Since mid-2021 at least three million livestock have died in the country, according to the U.N. Food and Agriculture Organization. This has forced people to leave for cities, settling in filthy, sprawling camps with no access to water, food, medicine or sanitation and little prospects for education or jobs.

As climate change and environmental degradation are set to get worse, more people will be forced to move in order to find water, shelter or better grazing land for their herds. Displaced people will also bear the brunt of deadly heatwaves, droughts, rising seas and extreme weather.

On top of this, people are already dealing with worsening security situations and huge population growth. This is a dire situation for the poorest countries in the world who least contributed to global emissions and historically have been under brutal colonial rule, and experienced mass extraction and capitalist plunder. For example, we have seen the fallout from the recent devasting floods in Pakistan, which displaced more than 30 million people and potentially forcing people into extreme poverty and destitution. This type of disaster is one of the most visible manifestations of climate change.

For many years now, we have seen alarming news about ‘climate migrants’ and at times extreme warnings of staggering numbers in the media. But those who are forced to flee because of climate-induced disasters are not formally recognised. Whilst the science sees clear links between climate change and migration, there are few, if any, legal frameworks for people impacted by climate change migration. As yet, there is no formal way to recognise or give legal protections to such people. For example, the 1951 Geneva Convention on refugees does not provide any legal basis for climate change whereas it acknowledges right to protection based on race, religion, nationality and so on. Whilst that might be the case for now – there have been a few recent cases which point the way to how countries especially in the Global North will look at this issue in the future. For example, in December 2020 there was a landmark decision concerning an Afghan asylum seeker. A German court ordered a stop to their deportation after it cited environmental conditions in Afghanistan as a factor in reaching this judgment.

But we should also be a little wary of the concept of ‘climate migrants’ as Andrew Baldwin writes in The Conversation. He says these categories are not “innocent descriptors of reality” but are rooted in the “presence of insidious power whose origins are European.” He says rather than accept these terms, we should instead ask ourselves: “who does the idea of the climate migrant, or climate refugee, really serve?”. This is a powerful point that goes to the heart of the debates around climate migration. Whilst this issue is indeed serious, it does unfortunately tend to be overplayed with vast projections for the numbers of climate migrants. This tends to feed certain fears and troupes around migration, with the issue primarily being recounted from the viewpoint of the potential impact on rich countries, even though the vast majority of climate-induced migration will be within developing nations.

There is a danger also that this feeds into anti-migrant sentiments that reinforce border violence and enhance securitised systems which are designed to keep people out and deny them their right to seek asylum. This “peddling fear of climate migrants”, as this piece in openDemocracy brilliantly points out, shows how data around climate migration tend to fluctuate in extremes, from 20 million to 1.2 billion people. The piece picks apart this widely circulated figure published in 2020 by the Institute for Economics and Peace. They claimed that 1.2 billion could be displaced by climate change by 2050. It also examines how this figure was not accurate but was still reported by major media such as the Guardian and the New York Times, without any rigorous analysis of how the data was actually formulated. Similarly, in December 2022 UK Prime Minister Rishi Sunak invoked the spectre of a 100 million displaced people worldwide and more to come due to climate change to justify the UK’s increasingly harsh asylum policies.

While the numbers sound alarming, the real focus in the end should be on mitigating efforts and facing the fact that the real issue is that most climate-related migration and displacement is expected to occur primarily within developing countries. Whether this is to be a few millions or in the tens of millions, the issue is that climate-induced migration is already taking a heavy toll on countries who face a mix of crises around poverty, conflict and disasters. Perhaps one of the things this conversation tends to obscure is the need to have a conversation about climate justice. And the fact one of the single biggest actions that can be taken now is to reduce carbon missions, but this is woefully falling below the levels required to avert disaster.

With climate factors set to get worse, the need to address this situation and to mitigate against this danger is urgent. There is still hope in addressing these issues, but only if the necessary steps are taken now. According to the World Bank, immediate action to cut emissions, and “support green, inclusive, and resilient development” could reduce the scale of climate migration by as much as 80 percent globally. What is needed now is not more fear mongering over climate migration projections. Rather, there needs to be a serious recognition from developed nations of their role in helping mitigate against the worst effects of climate-fuelled disasters on the most vulnerable people in the world.

[1] While there were several side events looking at climate change and migration at COP 27, the final outcome document – the Sharm El-Sheikh Implementation Plan – includes only one reference to migration, recognising the need for governments to consider the needs of migrants among other stakeholders such as local communities and indigenous people.