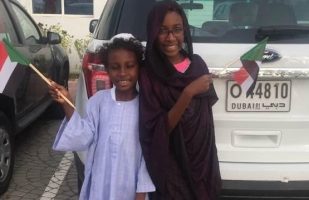 Rootless or Free: Conflicts of a Sudanese Third Culture Parent

My children and I have never lived in Sudan and have always considered the United Arab Emirates (UAE) as home. We have now moved to Scotland and daily face the question ‘Where are you from?’ Be it our accent, our demeanour or how we look, it always sets off a series of curious enquiries. When you come from a mix of cultures and are encouraged to embrace them by your parents, school and the media; is your identity really your choice? There is a lot of work that we, as parents, must do, to ensure that our heritage is incorporated in our children’s daily lives without contradicting the society we live in and allowing us to still be accepted in our new communities. But what is my heritage as a third culture kid myself?

From my experience, expat children can often have some sort of an identity crisis as they grow up. It does worry me sometimes how resilient my two children are. In their wee years, we moved homes at least four times and they have been educated in five different schools. They have different sets of friends around the world, with whom they interact, over the miracle that is the internet. My children have found it relatively easy to fit in with their peers in their new environment in Scotland. In fact, they’ve created their own little cool group of International background children that everyone now wants to be a part of!

They are, however, still trying to tackle their new-found freedom that I struggle with at times. We, as parents, had full control over their social lives in Dubai. We used to drop them off and pick them up from school, activities, play dates etc. They now walk to places and hang out around the corner with their friends, and deal with bullies and other members of the community with its colourful mix of backgrounds and behaviours. I tell my children they can do whatever they want for the future. That sky is the limit and the world is their oyster. Easier said than done!

As a ‘straight A’ student and university graduate coming from a family of academic excellence, I internally sweat and struggle with the idea that they might choose not to go for higher education or that they might discover an alternative sexual orientation to the norm. I secretly wish the school would back me up in banning nail varnish and super short skirts. I know what is right and logical, but the conflict is real!

As a third culture parent, I am constantly trying to reinvent a parenting model that designs the future I want for our children and help them become good citizens of the world without taking away their rootless status or their sense of freedom. I want them to understand my Sudanese jokes, and embrace our traditions without being held back by them. I want them to learn Arabic and love it, but I am also happy for them to explore new languages and learn new dialects (like trying the Glaswegian accent, for starters).

I want them to choose who they want to be and where to be, with endless possibilities for their future!