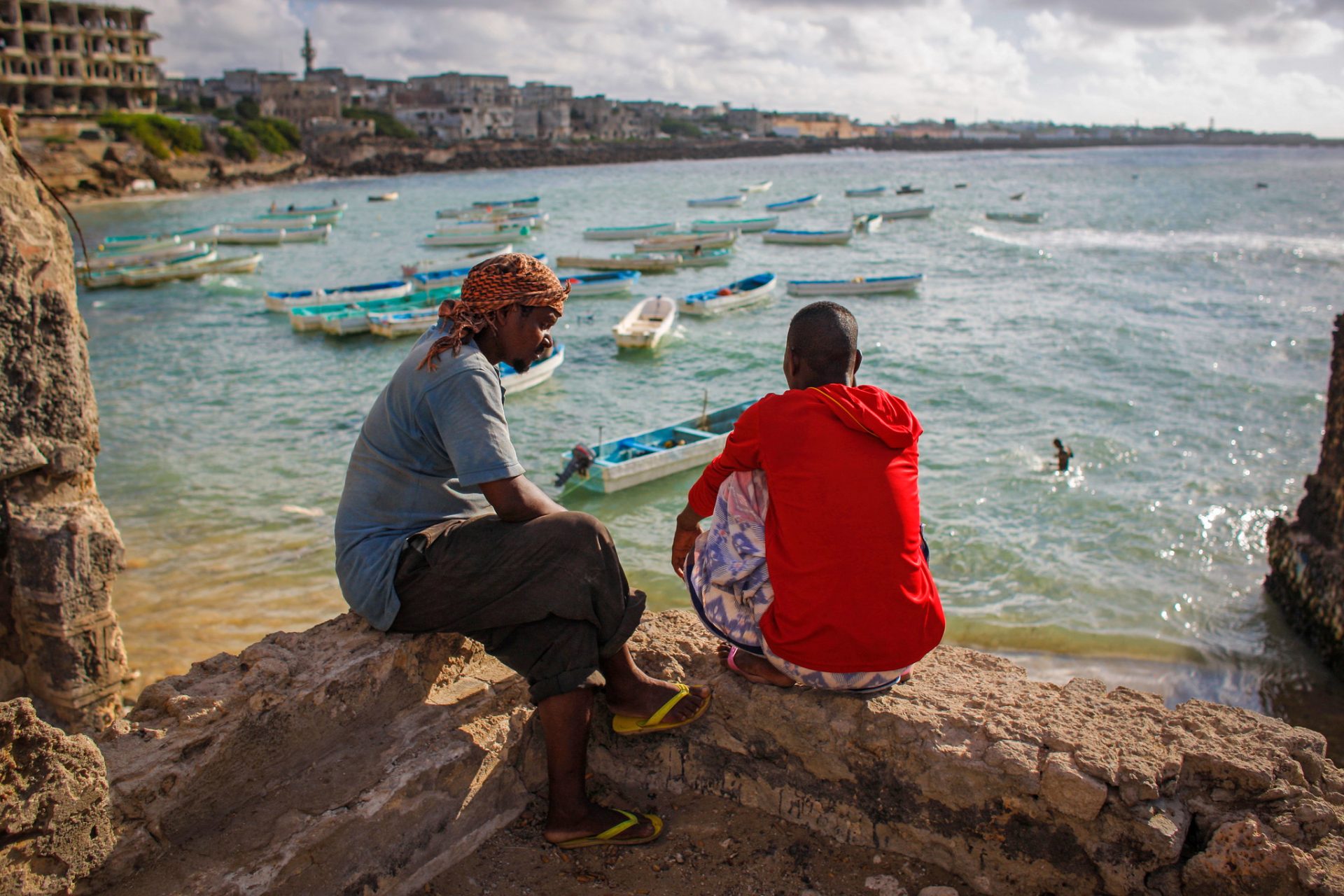 By Ismail Einashe, an independent Somali diaspora journalist based in Nairobi.

With an historic drought, millions at immediate risk of famine, and the daily threat of Islamist violence, Somalia has more than its fair share of challenges. Yet the UN expects the situation in the country to get even worse. Somalia is facing a grim next few months, with a famine likely to be declared in September. The UN has said that as the hunger crisis worsens, the international community should not wait for famine to be declared but act now. Without urgent action to mitigate against famine, the UN says we are likely to see an “explosion of child deaths” in the country.

Somalia has been blighted by decades of conflict, instability, and droughts. Typically, droughts are cyclical, occurring about every five years, but what is different now is the shortened interval between droughts has dropped to just three years. This means that local communities cannot withstand the rapid shifts in drought cycles, nor can they rely upon resilience built from previous bouts of drought or famine. The country is facing this humanitarian crisis because of the worst drought in 40 years, compounded by the fallout of the Ukraine war. Somalia imports 92 per cent of its wheat from Russia and Ukraine and as the war rages on, the impact on the country is extreme. This situation is also increasingly exacerbated by escalating environmental crises that the country faces.

The UN says that 7 million people, or almost half the population of the country, cannot find enough food to feed themselves, while some 1.4 million children are critically malnourished. In the last famine of 2011, some 250,000 Somalis died – the majority of them children – and this imminent famine could be even more deadly. The crisis has also forced more than 800,000 Somalis to flee their homes since 2021. The majority of Somalis are pastoralists, who rely upon their livestock for their everyday needs; they rear, barter, and sell them. But according to the UN Food and Agriculture Organization (FAO) some three million livestock have perished since the middle of last year, from drought and disease. The FOA says this reduction in livestock population has led to sharp falls in meat and milk production contributing to worsening malnutrition, particularly amongst children in rural areas.

In November the Somali government declared a state of humanitarian emergency.  But the response by donor nations has been paltry, and not in keeping with the scale of the crisis that’s unfolding in the country. In order to avoid this looming disaster, the country needs far more than just critical aid, the question of how the aid is allocated and to whom is also critical.

In July the US Agency for International Development (USAID) Administrator Samantha Power visited the Somali capital to meet  with President Hassan Sheikh Mohamud to talk about the situation in the country. USAID announced it would be providing an additional $476 million in humanitarian assistance to the people of Somalia. Though this to be welcomed, the true scale of critical humanitarian and development assistance needed in Somalia is far greater. According to the UN Somalia requires $1.5 billion in order to support the 7 million people in urgent need.

In the country not only are people starving, but mothers are being forced to leave their children to their deaths in the scorching heat as they struggle to find water, shelter, and food. This crisis is impacting the whole country, with 90% of it facing severe drought. Though the impact is felt more acutely in some regions than others, such as the south west region of the country in places like the Baidoa district that have been particularly hard hit.

Most of these areas are also under the rule of the Islamist militant group al-Shabab, which controls much of the southern and western parts of the country. The humanitarian impacts of the drought in Somalia risk compounding security issues across the region. The crisis strengthens the hand of al-Shabaab, which seems to have taken advantage of the civil conflict in neighbouring Ethiopia to push into Ethiopia’s Somali region. Nevertheless, aid agencies in the country may also have to negotiate with the group in order to provide humanitarian assistance to Somalis.

Fine words indeed, but we have yet to see much more than this in the Somali context. Humanitarian agencies are understandably concerned to see their relief efforts going to the most vulnerable, but such a focus should not create bottlenecks and double standards in how and why aid agencies work with Somali partners and the diaspora. As Somalia heads into potential famine, the question of whether NGOs will engage in ways that enhance the localisation agenda remains to be seen.

As the country faces this moment of disaster, we need to ensure that the usual top-down, centralised approach of delivering humanitarian aid on the ground shifts to looking at how international NGOs can focus on strengthening local capabilities to support local actors in Somalia. We know that Somalia has faced considerable challenges for decades, and while international NGOs have played a vital role on the ground, we also know we need to strengthen the existing community and diaspora-led capacities.

This moment is also an opportunity for aid agencies to leverage and complement the resources of the diaspora in efforts to ensure effective localisation. The Somali diaspora numbers more than 2-million people globally and plays an important role in the country. They are active in many sectors of the economy and in politics. It is estimated that Somalis transfer more than $1bn (£0.8bn) every year – much more than Somalia receives in aid, making up nearly 25% of Somalia’s GDP. It is clear that the diaspora’s role is important to the country. But there is often disquiet about their role in humanitarian circles, with some justification perhaps, given their contested role in the country, and frustrations amongst local Somalis about how they do not understand the local context or hog the best opportunities.

Furthermore, the tendency to dismiss diaspora efforts smacks of a self-serving agenda of NGOs. Framing Somalia as a place riven with clan affinities, overzealous diaspora and weak local NGOs, is frankly not helpful. The trouble is the three-decade long conflict in the country has set  a certain view of it in the eyes of the media, but also with NGOs. But Somalia is not the Hobbesian nightmare of a country they imagine. When we get the single story about Somalia, we miss the nuances. And the successes of community-led, Somali-led approaches to issues on the ground. While this problematising view is hard to defeat, the reality on the ground remains very bleak. What the country needs is urgent humanitarian assistance in order to mitigate against a catastrophic famine. If the international community fails to act in Somalia, this will surely be a moral failure. This World Humanitarian Day, we are exhorted by UN agencies to remember that ‘it takes a village’. But the disconnect between the international and the local risks ignoring the village, and repeating the same top-down approaches to crises that are looking increasingly threadbare in the 21st century in the face of mounting humanitarian needs. From Afghanistan to Ukraine, from Somalia to Venezuela, progress in realising the promise – and commitments – of localisation have gone backwards. And yet it is local civil society in countries affected by crisis – and their partners in the diaspora – who all too often are left doing the hard yards, while international aid agencies retreat behind the language of mandates and accountability.