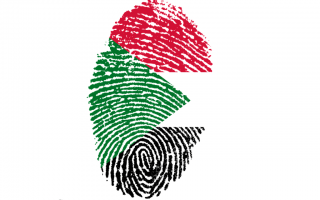 Bashair Ahmed, the Executive Director of Shabaka writes for 500 Words magazine about diaspora humanitarians and their contribution to the development of the region.

For anyone who has been following Sudan for the past month or so, social media platforms such as Facebook and Twitter have been set alight with posts with pictures and videos of protests unfolding in the country. These protests appear to have triggered some sort of awakening for the Sudanese diaspora, a sense they see history in the making, even referring to it as an uprising or revolution that may be more significant than 1964 and 1985 revolutions.

Soon after, the protests spread beyond Sudan. For the past 40 days or so, members of the Sudanese diaspora have been protesting across the globe in solidarity with protesters in Sudan, with protests taking place in London, Dublin, Paris, Washington DC, Cairo and even a lone protester in Tokyo. There have been public and private fundraisers to support the families of those killed, injured or detained. But fundamentally, many of the diasporians see their role as amplifying the voices of those in Sudan, and this how it should continue.

I was struck by several things. Too many to mention in just one article. One of which is those leading the protests in Sudan are young people who had not known any other president apart from Omar al-Bashir in their lifetime. Also, many of their elders, in Sudan and the diaspora, had written them off as lazy or not caring, but young men and women in Sudan have dismantled these negative stereotypes by taking to the streets. For those in the diaspora, solidarity protests were often the domain of the first generation. However, what is emerging is the large number of the second generation who are taking part in these solidarity protests, also taking to social media, attending Sudan-related events and generally attempt to keep the focus on the protests.

The humour emerging is really funny, certainly a contrast to the mournful news of killings, injuries and arrests. As peaceful demonstrations flooded the streets during the day, wedding ceremonies took place during the night. Brides and grooms and their wedding guests sang in tandem with the popular hashtag تسقط_بس#, which translates to ‘Just fall [Omar Al Bashir]. That is all’, or ‘أي كوز ندوسو دوس ,ما بنخاف ما بنخاف ما بنخاف‘, which loosely translates to ‘Any supporter of the regime, we will stomp on him/her. We have no fear‘. Soon after, a fantastic array of songs and art began to surface, mostly coming from the diaspora, to reflect the protests – read 500 Words Magazine’s articles: Sudan Uprising: On An Artistic Note; Weddings in Sudan Embrace ‘Sudan Uprising’ Chants; New ‘Sudan Uprising’ Tracks You Should Listen To.

Despite the euphoria for the possibilities, there are also sobering realities. Sudan has long witnessed civil unrest and conflict. The conflicts that has inflicted mostly the in the south of the country costing the lives of more than 1.5 million people. The conflict led to the succession of South Sudan in 2011, becoming the youngest country in the world. Sudan dependent heavily on the oil that was mostly in now South Sudan, according to International Monetary Fund (IMF), the succession led to the loss of three quarters of oil production, two-thirds of exports and half of its fiscal revenue. In 2011, with a longstanding neglect of Sudan’s periphery, conflicts erupted in the Nuba Mountains and Blue Nile with civilians paying a heavy price. In the on on-going conflicts in Darfur, which started in 2003, more than two million people fled their homes and according to the UN, more than 300,000 dead. For the violations against civilians in Darfur, Omer al-Bashir faces two international arrest warrants issued by the International Criminal Court (ICC) on charges of genocide, war crimes and crimes against humanity.

There are ethnic divisions to be healed, Sudan’s 2.5 million internally displaced persons (IDPs) and refugees to find durable solutions, and almost non-existent education and health infrastructure to be restored. Although there is a lot of work to be done now and in the future, but with time, effort and vision, progress can happen.