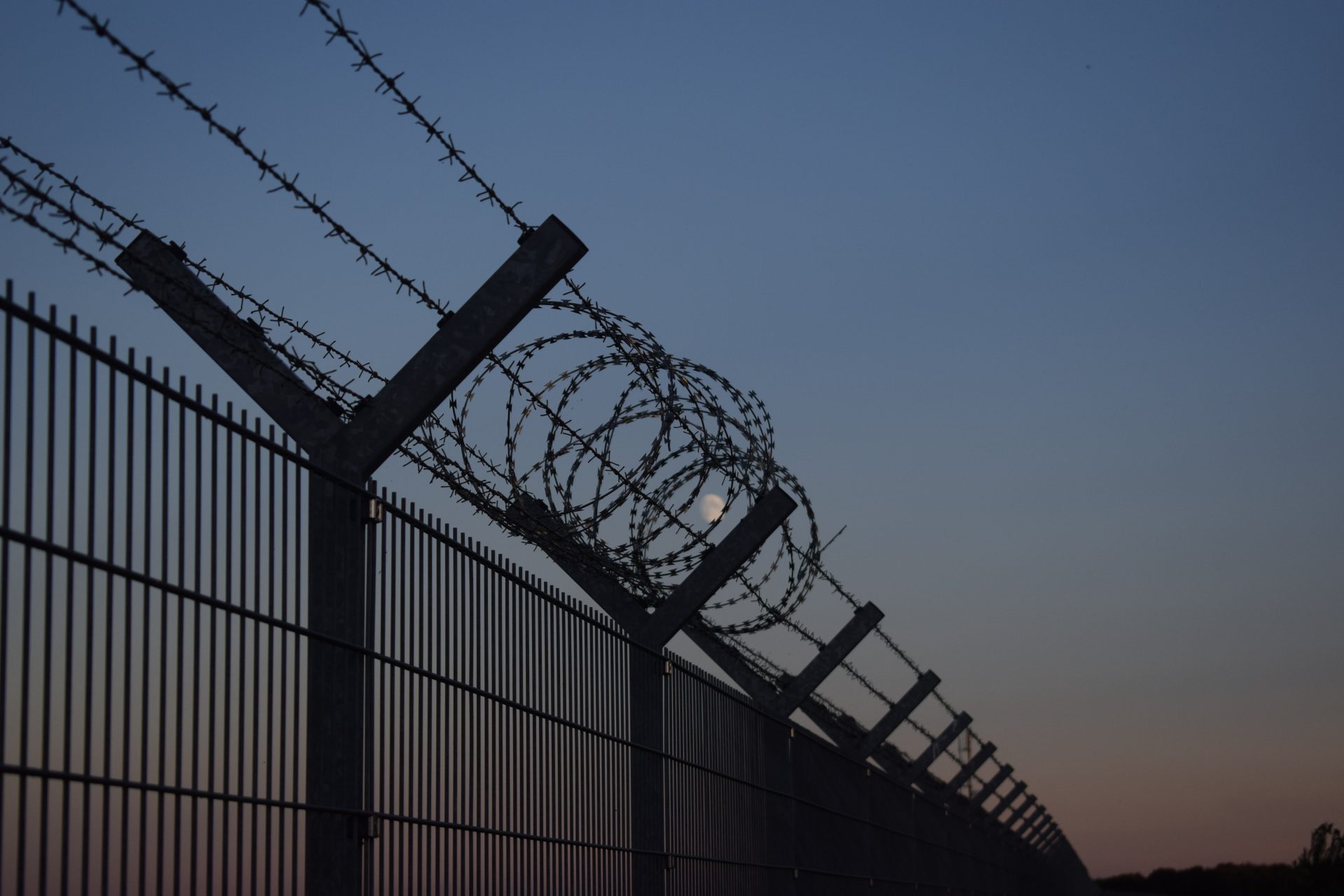 The failures of refugee burden-sharing and the diaspora’s role

After the surge in arrivals of asylum-seekers in Europe in 2015, it was clear that the EU and other wealthy countries across the globe had failed to create a successful burden-sharing regime. Furthermore, targets for resettlement such as those set by the EU and the UK were not met. Some have called this a crisis of solidarity, revealing the lack of willingness from EU Member States to take on their share of the responsibility for hosting refugees. As with many areas of migration and development policy, diaspora groups and organisations are often involved alongside governments and institutions in supporting migrants and refugees (see Horst, Lubkemann & Pailey, 2015 and Van Hear, 2014). Although underresourced and often working independently of state provision, diaspora groups fill essential gaps in resettlement and migrant protection. These contributions and diasporas’ advocacy on behalf of refugees and asylum-seekers should be recognised, but are rarely touched on by policymakers.

The failures and impasse of refugee burden-sharing

Many have called the European response to the refugee crisis a failure of burden-sharing, as it did not manage to relocate refugees to meet their needs. In the period between 2015 and 2017, 445,000 migrants were eligible for relocation but only 34,705 were relocated from Greece and Italy. After the refugee crisis, the EU set a resettlement target of 160,000 by September 2017, but it is estimated that only 18% of this target was met. Individual countries have failed to meet their targets, such as France, which has only resettled 20% of its own target. The recent events in Ukraine have led the EU to show unusual solidarity with refugees, by asking its Member States to offer temporary asylum to all Ukrainians for up to three years. This highlights not only the differential treatment of Europeans in comparison to refugees from the Global South, but also the lack of solidarity shown by the UK government following the Russian invasion of Ukraine.

The UK’s resettlement efforts have been equally criticised as insufficient. For instance, it set the target of resettling 20,000 Syrian refugees in 2015. This number is in stark contrast with the 6.8 million Syrian refugees, which does not even cover the millions of internally displaced persons. More recently, the UK announced it would resettle 5,000 Afghan refugees by the end of 2021 and 20,000 within the next 5 years. Once again, this number is inadequate to the situation: at the height of the crisis following the Taliban takeover, it was estimated that 5,000 Afghans crossed the border with Iran every day. Once resettled, the UK follows a harsh policy of dispersal, which aims to spread refugees across the UK in order not to over-burden a single area.

Some argue that there is a crisis of solidarity in the EU. There are some provisions dictating the need for Member States to show solidarity and cooperation, such as Article 4 (3) of the Treaty of the European Union, which outlines the duty of sincere cooperation, or the principle of solidarity as mentioned in Article 80 of the Treaty on the Functioning of the European Union. However, the notions of solidarity or the fair sharing of responsibilities are never concretely defined, and there is a lack of consensus within the EU to build an efficient burden-sharing mechanism.

The academic literature addresses the lack of incentives to create efficient global burden-sharing mechanisms. Alexander Betts argues that offering refugee protection is a public good comparable to street lighting: once a government offers it, anyone can benefit from it and the public’s enjoyment of the lighting does not affect its quality (see Betts, 2009). According to this metaphor, states have a bigger incentive to free-ride and benefit from the refugee protection provided by other states, rather than to provide it themselves (Ibid). A common policy outcome is therefore the lack of provision of public goods due to the fear that other states will free-ride. However, there is a notable power imbalance to this dynamic: while wealthier countries often have the choice to engage in refugee protection, countries immediately neighbouring refugee situations do not (Ibid). Hence, countries in the Global South tend to host most refugees, while Global North countries show little willingness to take on their share of the responsibility. Global North countries often fulfil their burden-sharing obligations by funding refugee protection in third countries, as the EU has done through its agreement with Turkey. Similarly, the UK has a preference for supporting refugee protection in neighbouring countries and tackling root causes.

Several alternatives have been entertained. This includes countries trading quotas of refugees (see Schuck, 1997), however there are concerns that this would commodify refugees and enable some countries to monetise and profit from their protection services. Other ideas include a matching system, giving choice to both refugees and states and ensuring they are matched based on compatible preferences and needs (see Jones & Teytelboym, 2017). While this optimistic proposal suggests a welcome change in burden-sharing mechanisms by considering migrant agency and host country needs, the overarching challenge of insufficient state willingness to engage in burden-sharing remains. Hence, it is difficult to find a viable solution to the current problem of inadequate burden-sharing without a shift in political and policy approaches.

Exploring the work of diasporas

Both countries of origin and settlement as well as international bodies are increasingly recognising the importance of diaspora engagement, including for refugee protection. Countries of origin are engaging their diasporas abroad to support national development and crisis responses, as exemplified by Sudanese PM Hamdok’s Stand for Sudan campaign calling on the Sudanese diaspora to contribute to the country’s economy following its revolution. It has been recognised that diaspora communities are most able to contribute to the development of their home countries when they are better integrated in their countries of residence. Local authorities, origin countries and EU actors have increasingly advocated and supported the integration of diasporas.

The Grand Bargain, an agreement produced after the World Humanitarian Summit of the Inter Agency Standing Committee in 2016, emphasised the importance of localising humanitarian action. Localisation refers to the channelling of funds directly to local and grassroots actors to ensure efficient and expert use of funds rather than relying too often on intermediaries. The Grand Bargain set out to provide 25% of humanitarian funding to local and national responders by 2020. Several major agreements have acknowledged the importance of including diasporas in migration policy more particularly. Indeed, the European Council on Refugees and Exiles hosted a Dialogue on Migration and Asylum in Development from 2012 to 2014, which concluded that diaspora integration was beneficial for development as well as crucial for settlement countries, as diasporas can act as important advocates. The issued report acknowledges the need to reconceptualise diasporas as active civil society members and change understandings of integration in Europe. Similarly, the UN’s Global Compact on Safe, Orderly and Regular Migration seeks to create conditions for migrants and diasporas to contribute to development in all countries. It upholds the goals of integration, and recognises the potential of engaging diasporas in the fight against discrimination. It highlights the need to involve diaspora communities in the integration of new migrants.

However, while there have been some incentives to include diasporas in migrant integration, there is little research or policy acknowledging diasporas’ contribution to migrant and refugee protection as well as burden-sharing. There is a need for further research on the work that diaspora communities are already doing around resettlement to fill existing gaps. Research into the experiences of Palestinian resettlement to Chile has suggested a need to consider resettlement as a political event rather than just focus on the position of states or the details of resettlement policies. Indeed, due to the low willingness of states to engage in burden-sharing, civil society has taken on an important role: migrant and refugee communities, organisations and networks act as key resources for integration. Diaspora groups and NGOs often rise to the challenge when states fail to fulfil their resettlement duties: they provide support to refugees, advocate for them and help them integrate, as they often have a cultural awareness and expertise that constitute crucial advantages.

For instance, diaspora organisations during the Afghanistan crisis mobilised to support the resettlement of Afghan refugees, showing a great deal of solidarity and cooperation in order to facilitate the arrival of Afghans in Western countries. Diaspora organisations such as the Syrian Community Network, RefugeeRISE or the Bhutanese community in the US are also engaged in dedicated local integration efforts to ensure migrants and refugees are included and protected in their host communities. The Refugee Congress, an initiative supported by UNHCR in the US, is an organisation led and formed by refugees to promote the wellbeing of migrants through advocacy efforts. Delegates from the Refugee Congress represent the body in all 50 states. The organisation collaborates with refugee resettlement agencies, grassroots organisations and NGOs to advocate for refugees and build capacity.

While there is an existing appetite for ensuring diaspora integration and, in turn, for including diasporas in migrant integration, the discussion points to a need for policy and academic research to explore the role of diasporas in resettlement processes. Equally, diaspora activities that help address the resettlement gap tend to be organically focused on forming connections and consolidating integration: this points to the potential of reformulating resettlement as a process informed by diaspora expertise and support for integration.

There are several areas where the diaspora’s role in refugee resettlement can be enhanced. Diasporas may act as advocates for refugees’ needs and offer policy advice. Additionally, diasporas can offer a bridge to involve refugees and new migrants in policymaking processes. Lastly, diasporas can provide humane support geared towards community and integration. However, diasporas must be supported by states if they are to be included in the formulation and implementation of effective responsibility-sharing systems. They cannot replace states but form part and parcel of the solution, as they offer valuable expertise as well as life-saving provision of support to refugees in the face of the current burden-sharing impasse.